Become GRAND Family to get more GRAND Experiences and Benefits 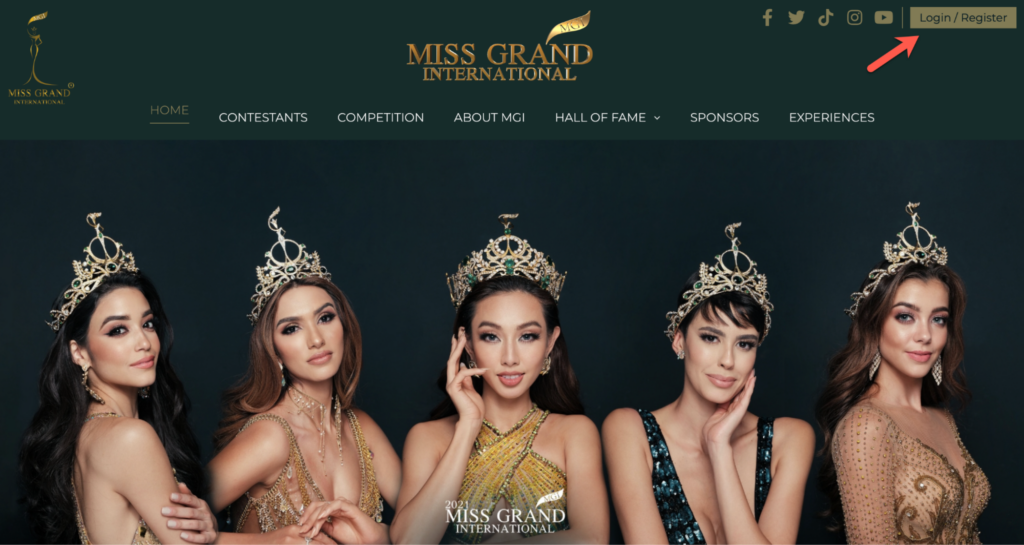 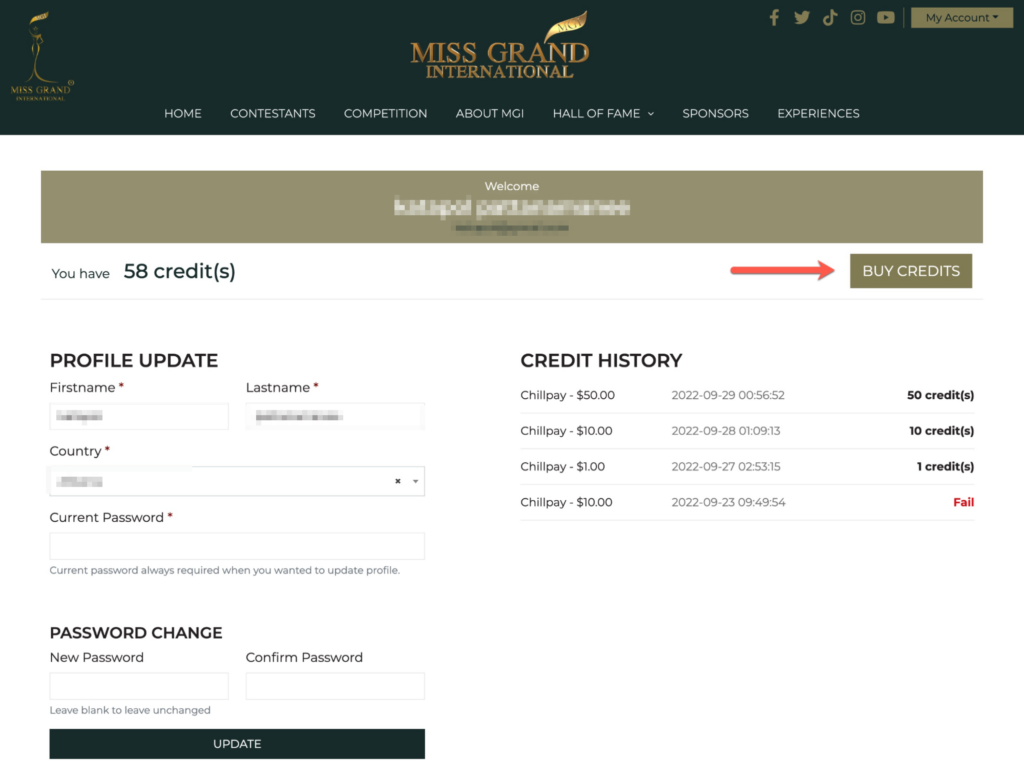 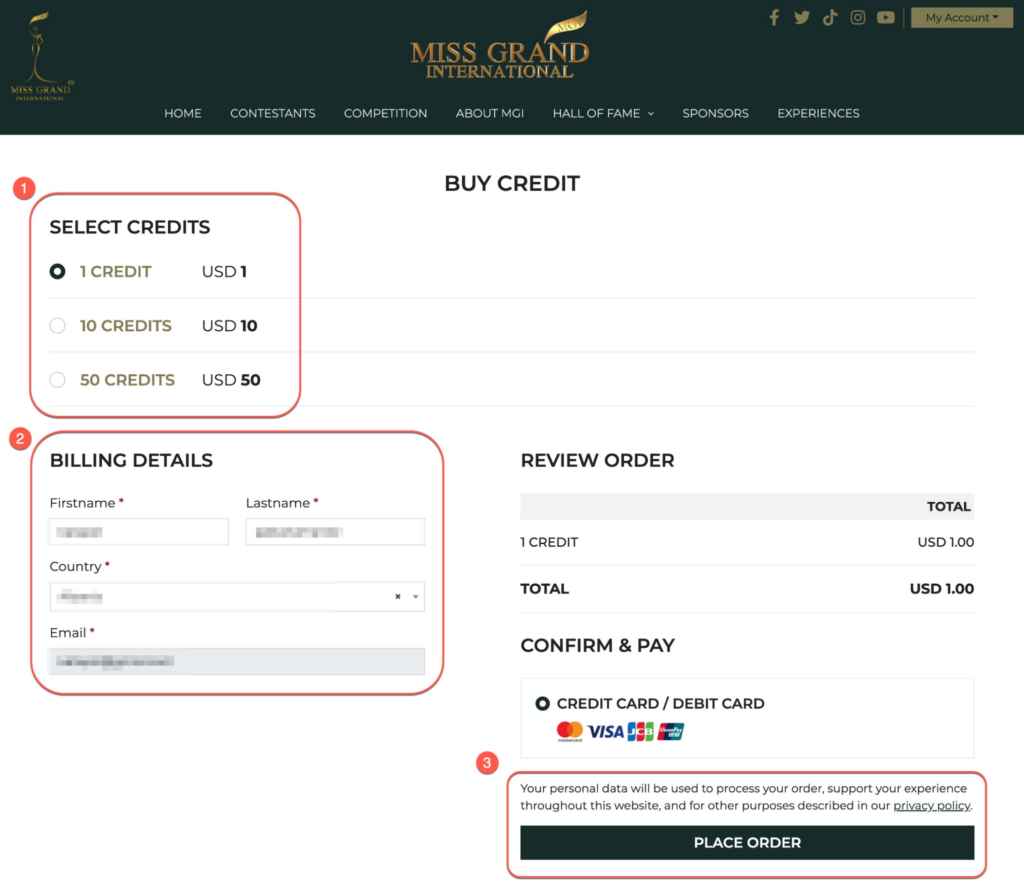 The system will redirect to let you fill your credit card info. 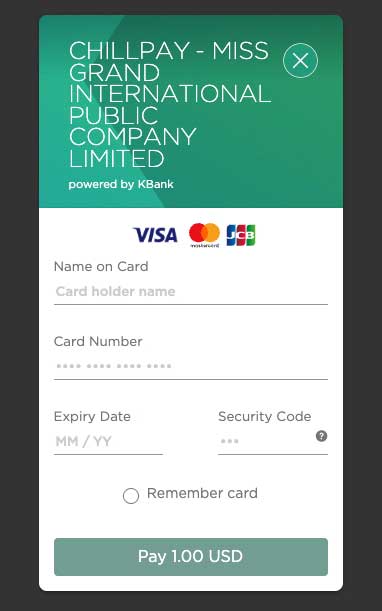 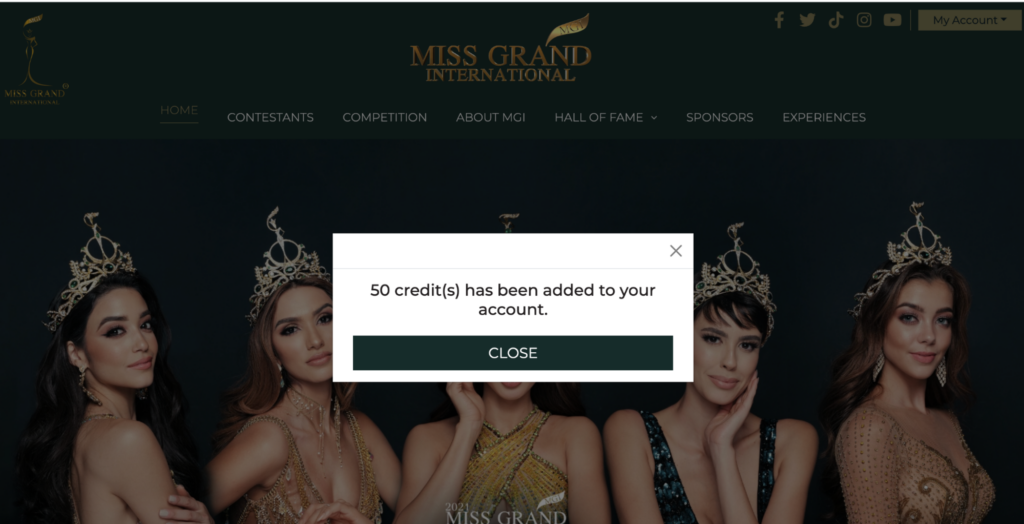 After the payment was successful, Your credit will increase.

Then go back to the Contestants page and select your favorite contestants to Vote. 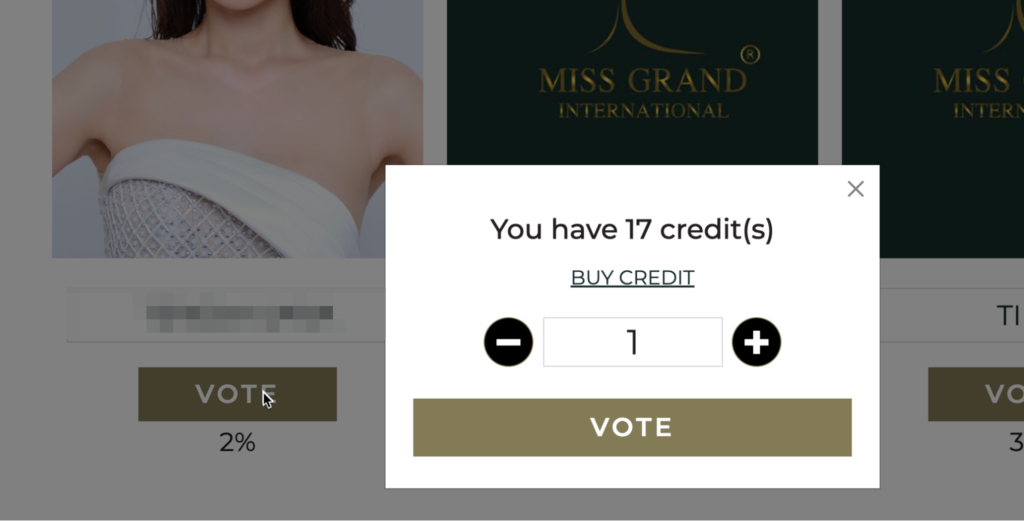 Only votes that comply with the voting instructions and Rules will be counted. The contestant with the highest number of votes as determined by MGI will be placed in the top 10 Finalists.  MGI reserves the right, in its sole discretion, to reject votes cast by any individual who tampers with the voting process or acts in a disruptive or unsportsmanlike manner.

Miss Grand International Public Company Limited, sponsors, advertisers, advertising and promotion agencies, any other entity involved in the development or administration of the voting, and each of their respective directors, officers, employees and assigns are not responsible for any computer, network, technical, electronic, human, or other errors or problems of any kind, for any injury or damage to participants or to any person’s computer or mobile phone relating to or resulting from voting, or for votes that are not received or counted for any reason. By participating, you agree to release and hold the Released Parties harmless against any and all claims and liability of any kind arising in whole or in part, directly or indirectly, out of your participation in the voting.

Any attempt by you or any other individual to deliberately damage any online service, mobile phone service, or web site, tamper with the voting process, or otherwise undermine the legitimate operation of the voting may be a violation of criminal and civil laws and should such an attempt be made, the Released Parties reserves the right to seek damages and/or other remedies from any such person to the fullest extent permitted by law.

Become GRAND Family to get more GRAND Experiences and Benefits